As the summer season gets done, we have the option of going up north, my option lately was Lake Shore Country Club, in Glencoe Chicago. This beautiful club on the lake shore which is Lake Michigan, one of the super lakes in America.. 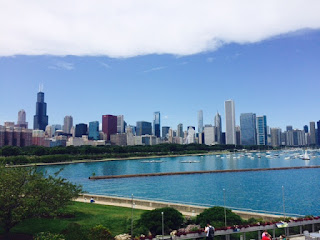 On our off days we were lucky enough to get to hang out on the bluff... Which over-looks the lake, which in my opinion looks like an ocean. 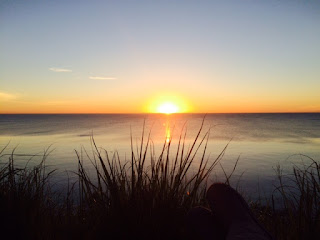 Lake shore Country Club is a really old club, with amazing members as well as employees...

Chicago is one of the city's that are on the Great Lakes that tunnel through the city...

I was blessed enough to meet Scottie Pippen who is part of the world of fame in basket ball, who played with Michelle Jordan as part of the Bulls... My first few days at Lake Shore I had trouble sleeping, however I got to experience the amazing sunrises..

Bon fires are a must at Lake Shore and we always try our best to have one every weekend, and relax after a crazy week of work.

Chicago has become one of the greatest places I have been, also know as the Windy City.. 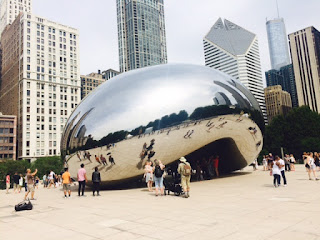 My first season on the Workaway programme has been a very interesting and entertaining one. I had been briefed on what to expect but I was still very nervous. The flight there was long but enjoyable with friendly people who were joining me on this adventure. We had few hours to spare when we arrived in New York before boarding our connecting flight, and as it was snowing some of us got to experience the magic of snow for the first time. 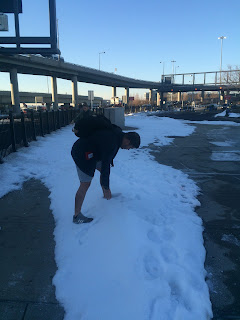 Arriving at our country club was quite overwhelming due to its size and pristine condition. Team members who had been on the Florida Workaway programme before were kind enough to show us around and guide us to places where we could stock up on essentials for the first two weeks. Training started the following day - it was intense, exciting and a bit daunting to see the high standard expected but the staff and everyone was very helpful and in no time I got the hang of things. 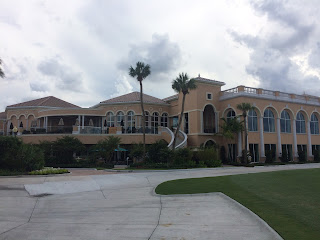 Our club was under renovation so my first official shift was in a huge tent where service standards were still of exceptional quality. As the renovations were coming to an end in the new club house we were taken on a walk-though. It was an eye-opener – the new club house was like nothing I had ever seen before;  I felt like I was in a wonderland. The service was impeccable, the food unbelievable, and the members friendly and excited that the South Africans had arrived. They were so interested in my life and my country that they made my first experience a warm and welcoming one. The American staff were more than helpful and friendly, helping me along wherever they could. The work is hard and you can push some good hours certain weeks, which sometimes took a lot out of me, but at the end of the day when that pay cheque comes, it is all worth it. 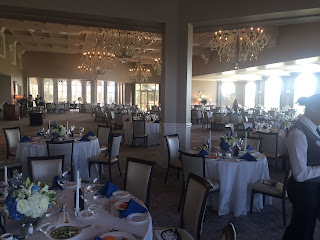 I was able to play some golf and better my game, which was a great privilege as the golf course is world class and has hosted a Major golf tournament for many years. The apartments where we stayed were more than suitable for a good time – we had the use of a 24-hour gym and swimming pool, which I made good use of on my off days, especially during the hot Florida summer. 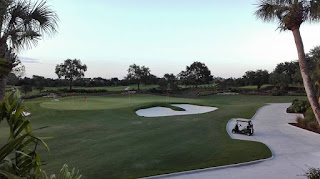 I am so happy that I took the leap and signed up for this experience. I have matured in many different ways and I cannot wait to go back for another season, to learn more, have more fun and make more memories.
Posted by work at 23:14 No comments:

I’m singing the words of Simon and Garfunkel yet again as I make my way back to the U.S. 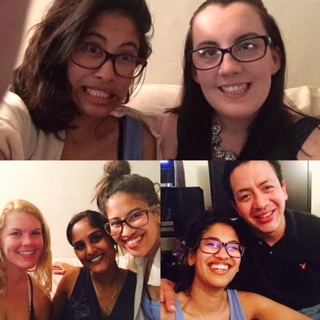 It was a long wait but the day has finally arrived! I'm heading back to Lake Shore Country Club and all it has to offer: a great working environment, awesome staff and let's not forget the private beach on Lake Michigan! 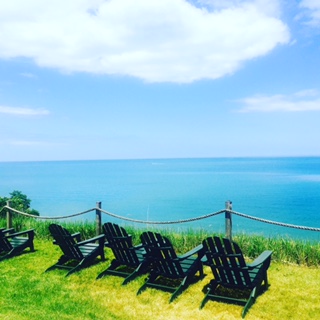 Taking a break to see my family and home was just what I needed to replenish my energy tanks before the new season. I’ve got myself ready for an awfully long flight but it will give me time to get pumped and ready for my cabana restaurant and all the shopping I’m planning to do this time round.

Strangely, I am almost as nervous as I was the first time I left but this time I know there are great friends waiting for me.

That has to be the best and worst part of the programme – meeting amazing people (for the most part) and never seeing them again. Even just crossing paths with certain people on this program has helped me grow in ways I didn't even realize at the time. 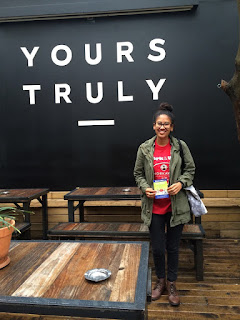 The ones I won't see again I'll always remember. And the ones I'll see on Friday... Well, I cannot contain my excitement! 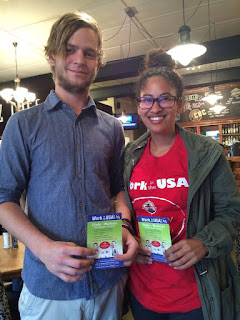 The experience of a lifetime

The day my life changed, was the moment I received that phone call from Workaway International, saying that I had been accepted on the programme. My wish had come true and I was going to be going to the United States to work at Boca West Country Club as a hostess! I was full of emotions: nervous, as I had never left home before and I would be going on this adventure alone to a foreign country, and excited for the amazing experience that was to come. 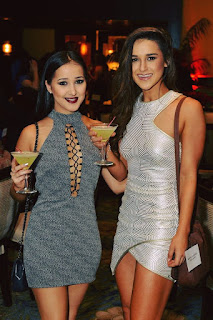 I couldn’t have asked for a better opportunity. I got to expand my friend group with people from all around South Africa, Ireland, Romania and of course the US. I got to learn so much to do with the hospitality industry, and five-star fine dining. We worked hard yes, but we played hard too – we got the amazing opportunity to go to Universal Studios in Orlando Florida. It was one of my most memorable experiences while in the US. I had many adventures in Florida and there is much more I still would love to do, but that time of the programme was approaching, when we had to decide if we should go up North and extend our time in the country or go home. I made the decision to return home. 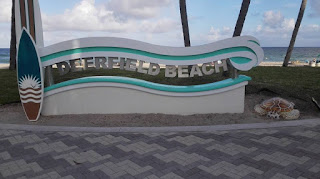 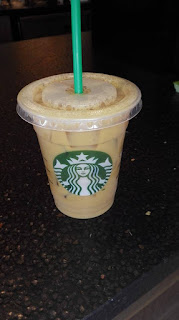 I was lucky to get a job, soon after my arrival in South Africa, with Workaway International themselves, at the offices in Cape Town. Learning the behind-the-scenes process of the programme has been very educational and a great learning curve. 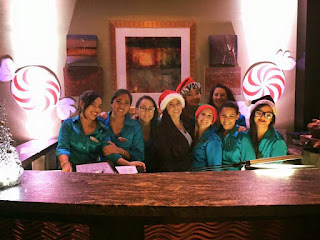 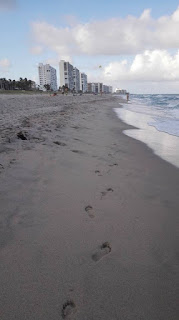 It is great seeing friends and family and catching up, but I can’t wait to return to Florida for another season and create more memories, learn more and grow more as a person... 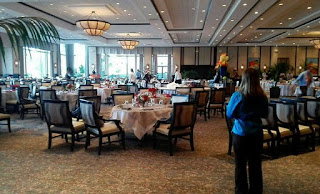 I’ve been back home just under a month and I’m back in the swing of recruiting and marketing the incredible Workaway experience. I’m loving being able to tell potential applicants about my time working abroad and all I learnt. It really is a life-changing opportunity!

I’m thrilled that a number of great candidates have already come forward at the presentations in Durban. They take place every Saturday morning and afternoon (09:00 and 14:00), and we’ve had a full house for every session! If you’re thinking of coming down, remember we take only 60 people per presentation so it’s best to get to the venue at least 30 minutes early to secure a seat. 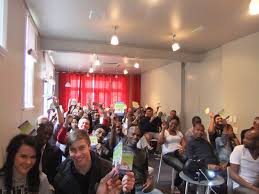 Many of the questions after a presentation centre on whether experience is important. It is; it’s always better to have some knowledge or experience in the position that you would be applying for. A server (waiter), for example, needs at least three months’ experience to qualify as a candidate for the programme, and chefs require two years’ experience. For other positions it’s advisable to have some experience or certificates showing your qualifications for the position. 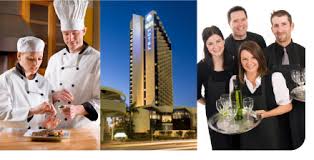 Please inform family or friends in the hospitality industry, who may be interested in an opportunity to work abroad for six months, about the presentations. Everything they need to know is also on website. 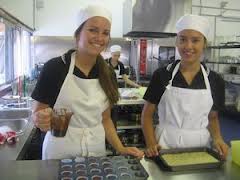 Presentations on campus can be arranged for those currently studying at hospitality institutes. We will put up posters and hand out flyers informing students about these events, so keep an eye out for us. If you’d like to take the opportunity to find out more about the life changing Workaway International experience, and want to invite us to your campus, please contact the office on 021 671 8808.