I’m glad to say we have arrived safely in Florida, United States. The Workaway group encountered somewhat of a delay with regards to the weather up in New York. 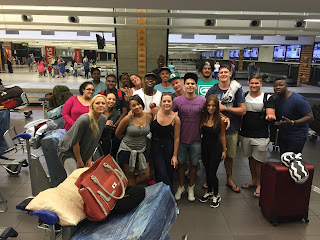 Due to the delay and the backlog in flights, we were held up in Johannesburg for five days. This however, was a small blessing in disguise, as all the new applicants had the opportunity to finally meet each other and get to know one another.

Arriving in New York we encountered cold temperatures of -1 degrees Celsius which was fairly "chilly" to say the least. Regardless of the weather, all of the applicants made it to their flights with time to spare and morale was at an all time high. 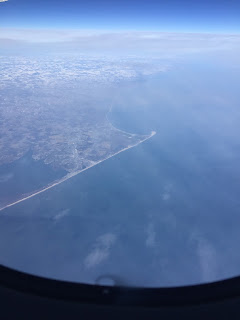 After we arrived in Fort Lauderdale we were warmly welcomed by the Palm Beach representative, who then took us back to our apartments where we were met by Angela, she was very welcoming and efficient at getting all of us to our accommodation. 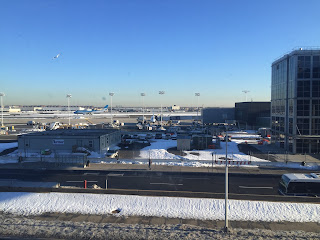 We were all pleasantly surprised to know that we had the weekend off to recover from the jet lag and travel time.

Training started the following Monday. It was great seeing all the staff from my previous season, as well as meeting the new staff at Mirasol country club.

After completing a vigorous week of training, the new applicants where all eager to get on the floor and prove themselves.

The renovations at Mirasol are coming along at a rapid pace and should be completed by the end of March. For the meantime, we all eagerly await the grand opening!

Overall it has been an amazing journey, with all its speed bumps and hurdles and we are privileged to have been given this opportunity.
Posted by work at 22:40 No comments:

We finally made it!

“Sometimes it's worth lingering on the journey for a while before getting to the destination.”
― Richelle Mead

Our flights where scheduled for January 23rd, so that morning with all my bags packed and all the sad goodbyes, ready to go, I took my first flight from Port Elizabeth to Cape Town. The flight went really well, however when I arrived at Cape Town International, the lady at the front desk gave me news of Snow Storm Jonas, The snow blizzard that happened only a day before our departure. To cut a long story short we all landed up staying in JHB for 3 extra days before departing to JFK international. After a very long 16 hour flight we finally arrived and it was freezing! 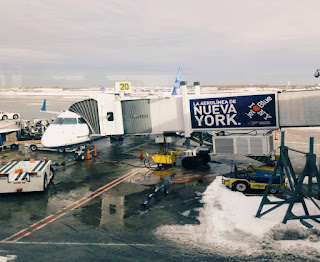 For some of us it was the first time seeing snow, I guess it wasn't such a bad start to our trip. With our flight being delayed, we went from having a three hour layover from New York to Fort Lauderdale, to a ten hour layover, which in turn wasn't the end of the world because all I did was watch series and eat American food.
The flights to Fort Lauderdale left at 5:15pm and we arrived at 9:15pm. 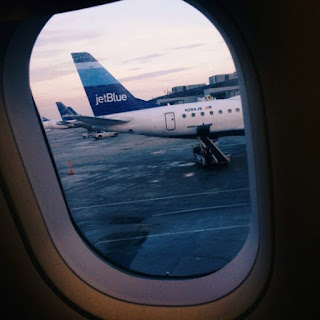 Someone one picked us up at the air port and brought us to our apartments at the Fountains, West Palm Beach.

So as it may seem it’s one of the coldest winters Florida has had in ages, and all those jeans and jackets I so happily left behind are in great demand at the moment. Never the less it’s been truly amazing to see all of my friends from last season, and the handful of new people that have joined the Mirasol Family. 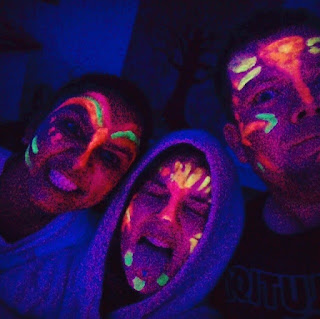 I hope that everyone is all settled in and are having as much fun as I am. Here’s to a great season and making loads of new friends.  Work hard and play hard!
xoxo

By Amy Bruigom
Posted by work at 06:46 No comments: